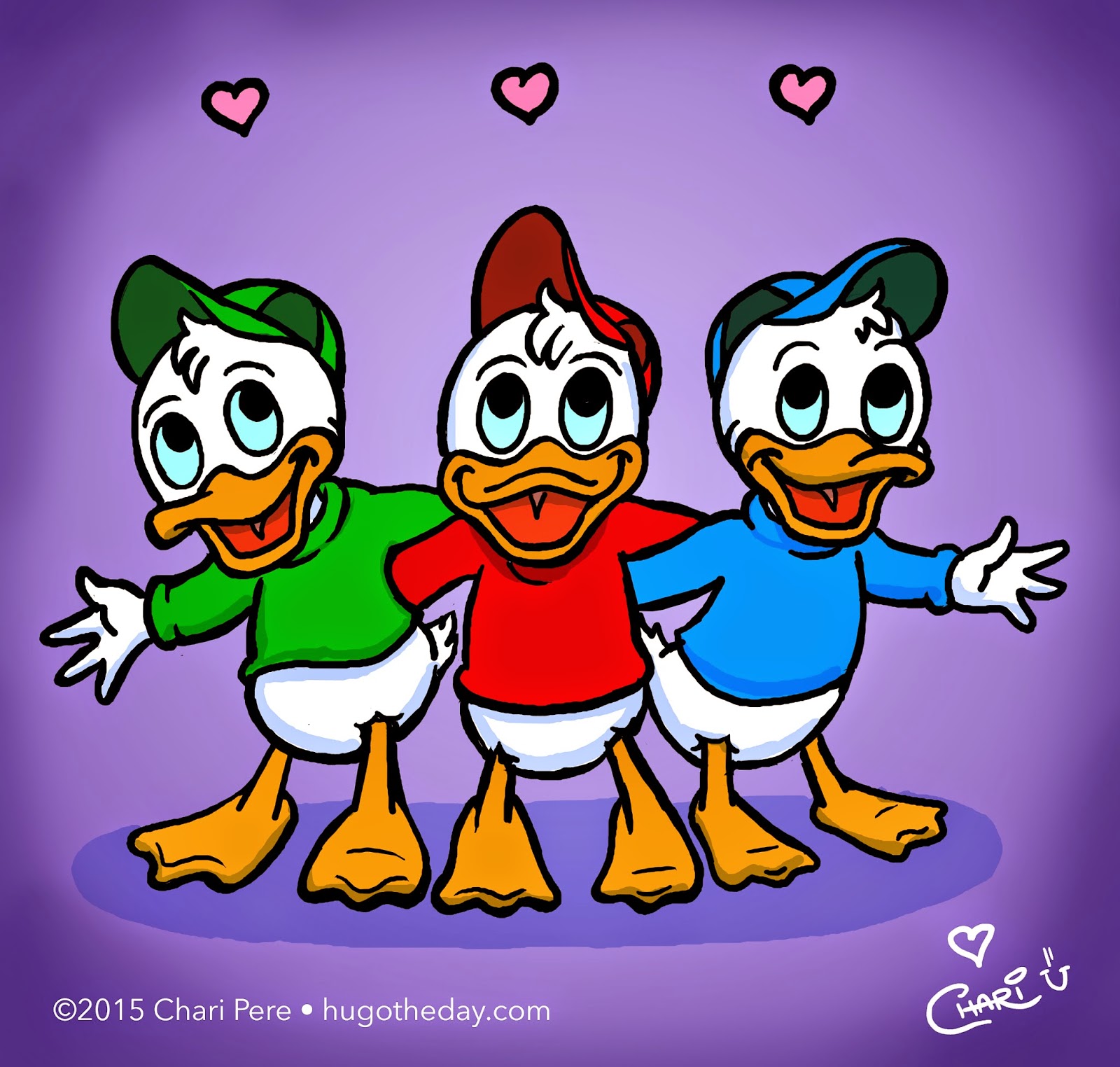 In honor of my new nephew born this week, here's a hug of my favorite pop culture nephews of all time - Huey, Dewey & Louie Duck! Nephews to Donald and Grandnephews to Scrooge McDuck, I always loved watching these guys on DuckTales growing up. Woo hoo!
Posted by Chari =0) at 12:00 PM No comments: 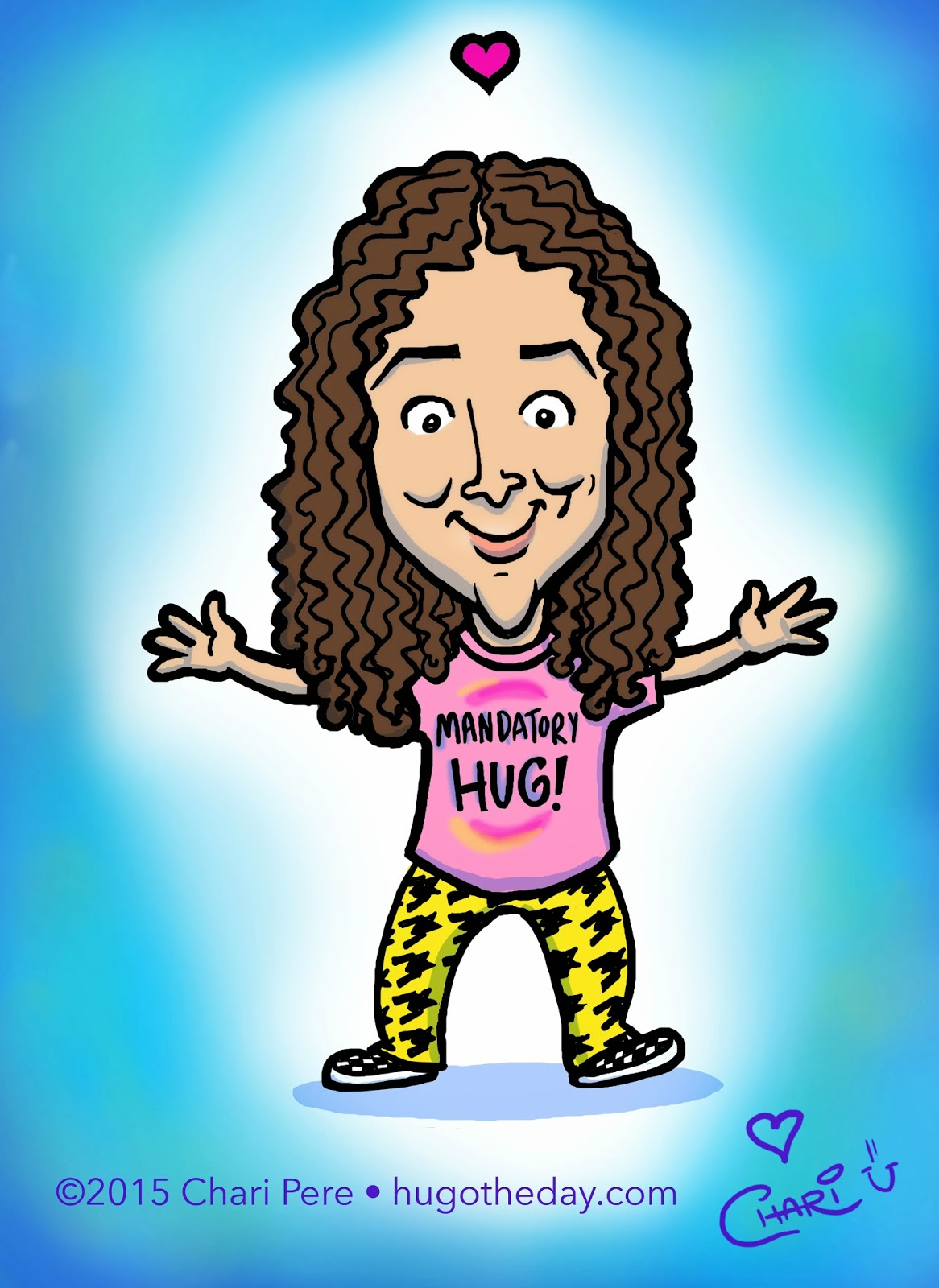 I have been in love with Weird Al's music ever since I first laid ears on his music around 1999/2000, right around the start of my high school career. There were a lot of Weird Al specials on VH1, so my family became slightly obsessed with watching them all. Once I heard the songs "Eat It", "Fat", and "Amish Paradise", I had to listen to every song  and watch every video I could find. (This was the pre-YouTube era, so it wasn't quite an easy task). My first CD I ever purchased with my own money was his Running With Scissors album. As a former MAD Magazine intern, and as someone who had a deep love for parodies and good ol' fashioned clean, cuss-free humor, his work has been a huge part of my life.

I had the privilege of meeting Weird Al last May, and he was every bit the kind gentleman that you would imagine. When I told him, "I can't sing 'American Pie' anymore without it turning into the lyrics for 'The Saga Begins'", he responded "Me too!", which really made me laugh. He is my #1 most desired concert that I hope to attend, so I am making this Weird Al hug in the hopes that his new Mandatory Fun tour (tickets on sale today!) will add dates to Los Angeles so that I can finally realize my dream of seeing him in concert.
Posted by Chari =0) at 9:00 AM No comments: 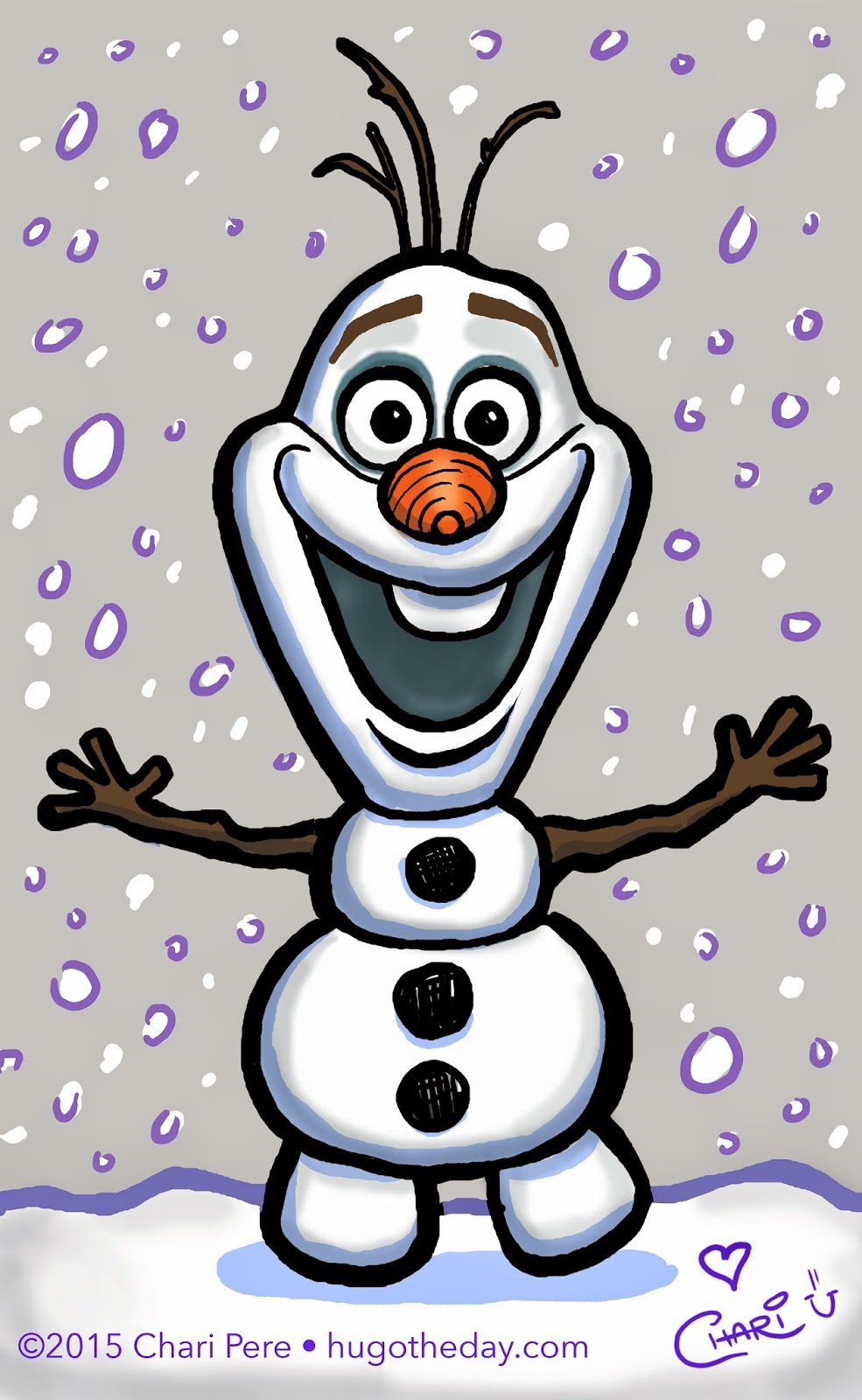 Happy Snowpacalypse 2015! Here's an Olaf hug for everyone who will be Frozen on the eastern portion of the US. Big hugs from sunny, 80° L.A.! As requested by Stennar Strom from CA.
Posted by Chari =0) at 12:00 PM No comments: 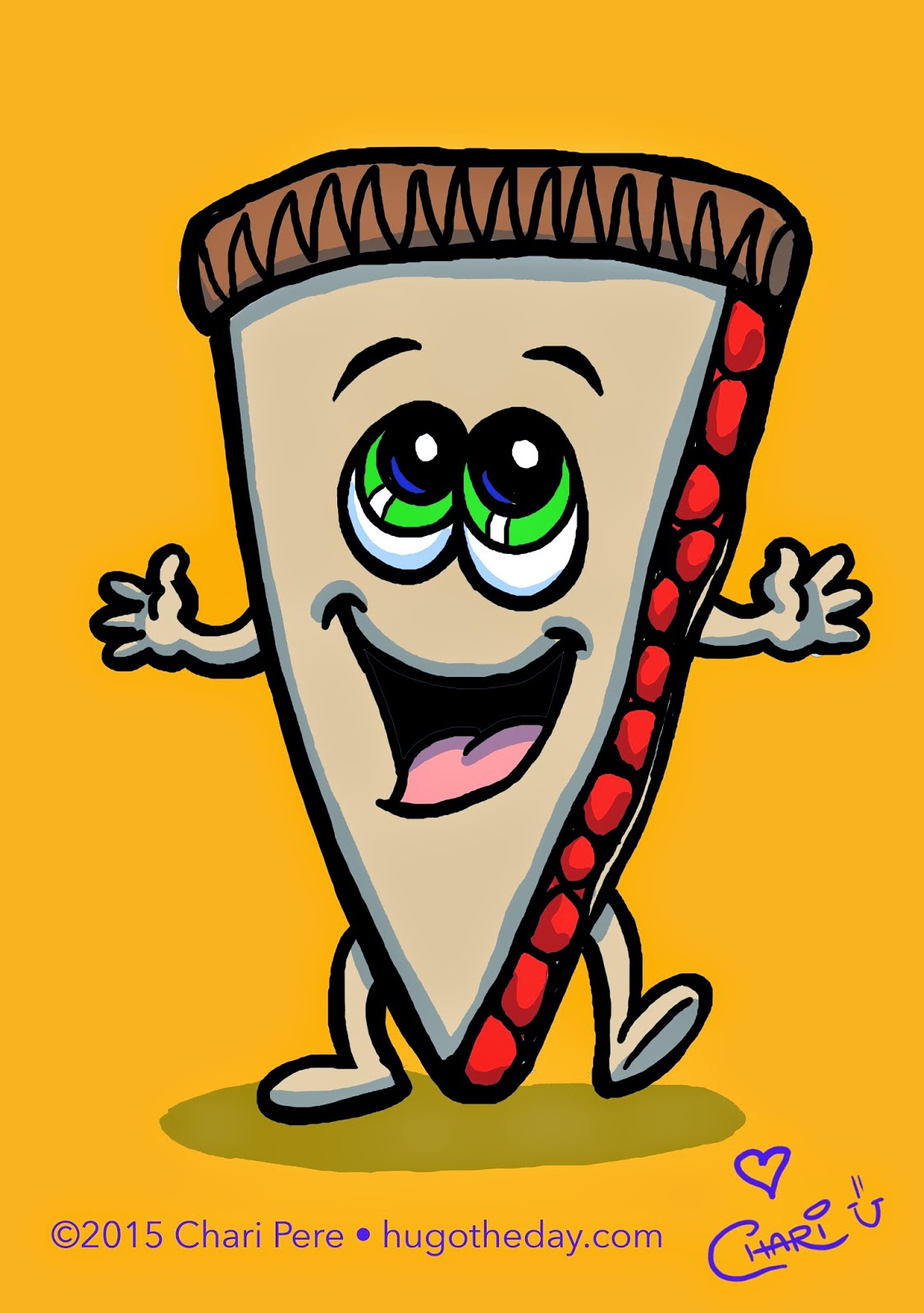 Happy National Pie Day! Wishing you all a delicious day, and a wonderful weekend. And make sure to stop and enjoy your favorite slice! (For the record, mine is chocolate cream! ^_^)
Posted by Chari =0) at 12:00 PM No comments: 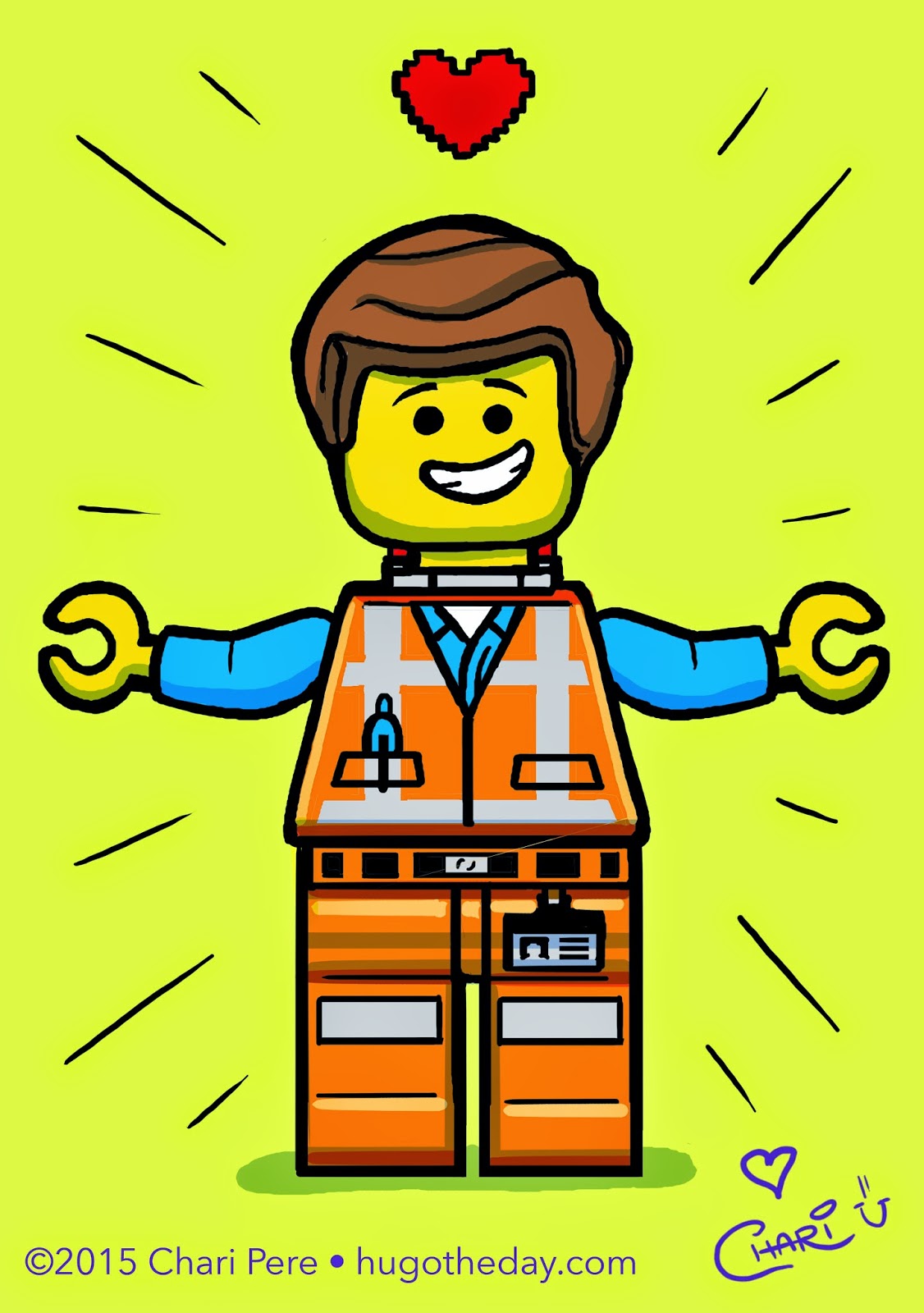 I missed a couple of posts earlier in the week when I took my son to Legoland. So in honor of that trip, and the announcement of The Lego Movie Videogame, here is a hug from Emmet. Extra hugs to those still bummed that The Lego Movie was not nominated for the Oscars! Wishing you a wonderful day, and that everything is awesome.
Posted by Chari =0) at 12:00 PM No comments: 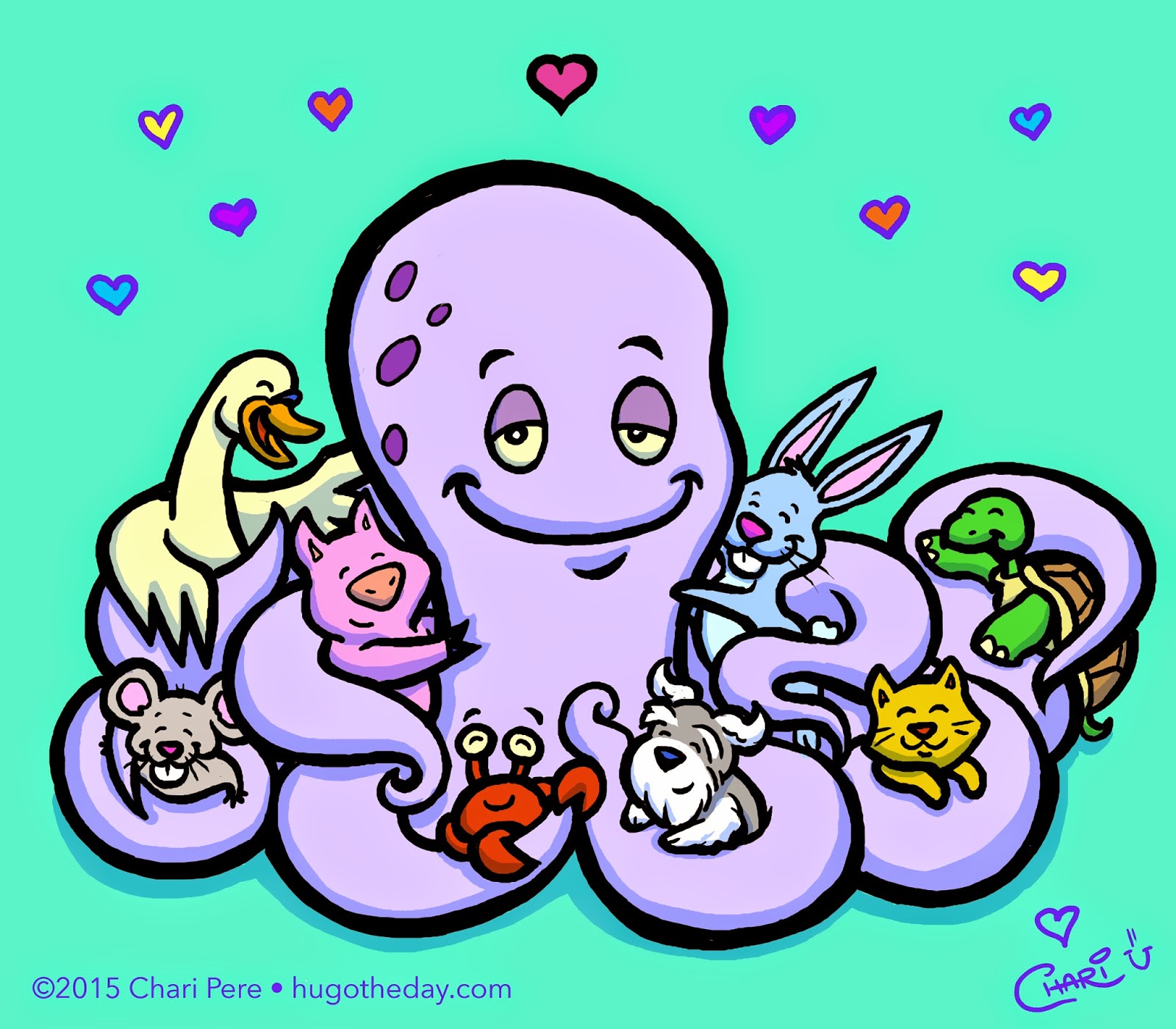 Yippee! Today is National Hugging Day! Make sure to send big hugs to all your friends, like this octopus here. Remember, you can never give too many hugs to the ones you love!
Posted by Chari =0) at 12:00 PM No comments: 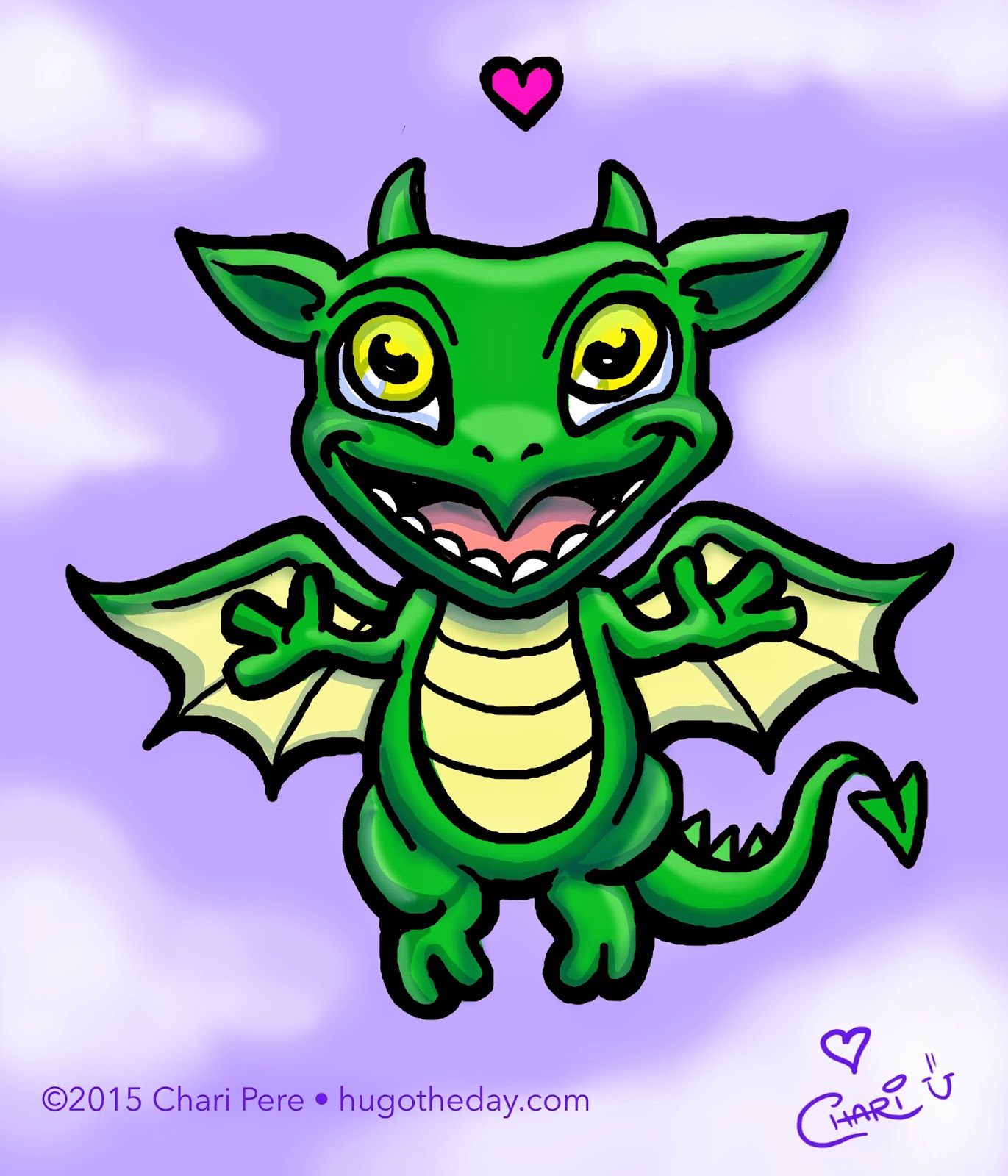 It's Appreciate a Dragon Day, so here's a dragon hug. Anyone else feel a sudden desire to watch an episode of Game of Thrones or How to Train Your Dragon? Have a happy weekend everyone!
Posted by Chari =0) at 12:00 PM No comments: 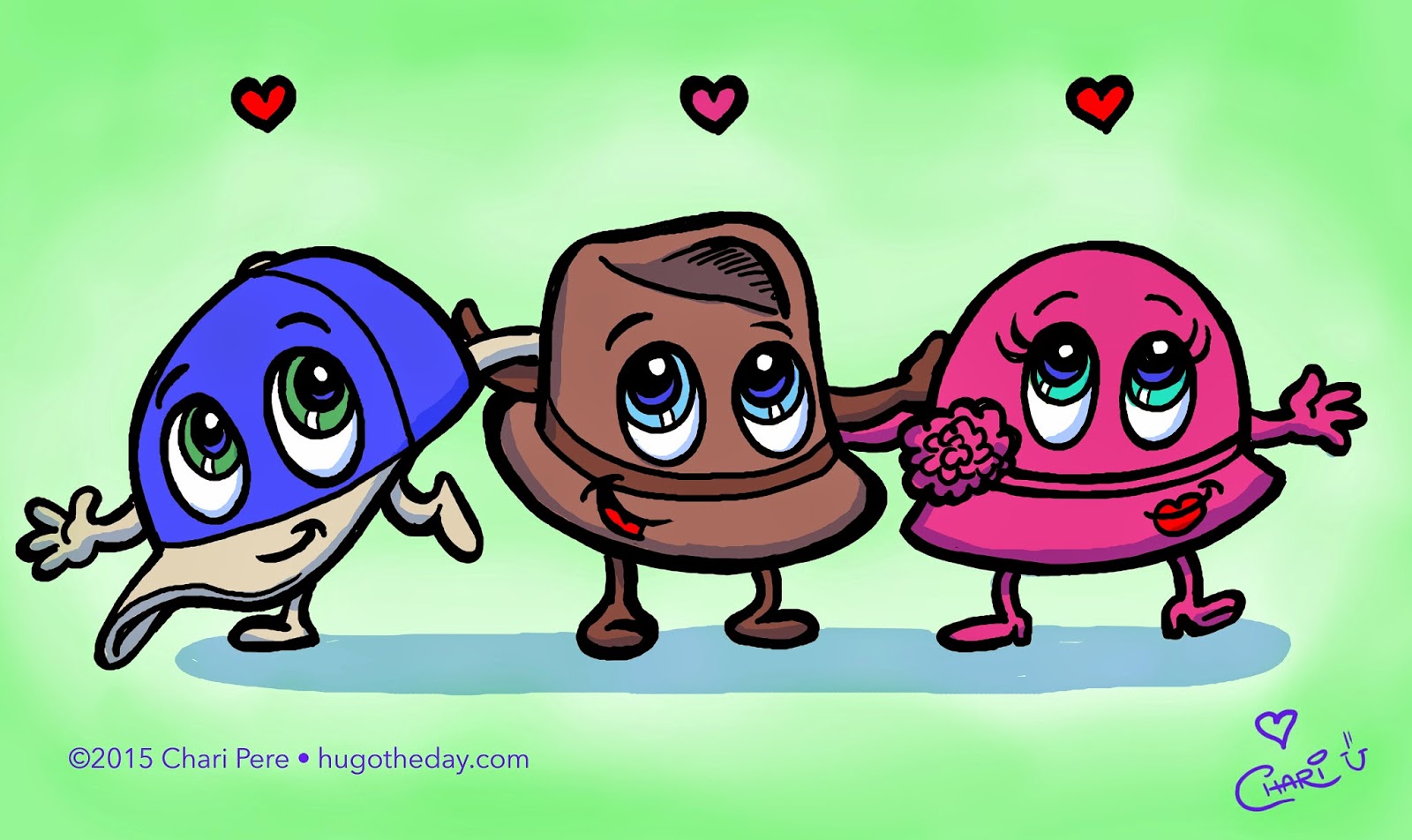 Happy National Hat Day! Here's a hug to all you hat people out there. What's your favorite type?
Posted by Chari =0) at 12:00 PM No comments: 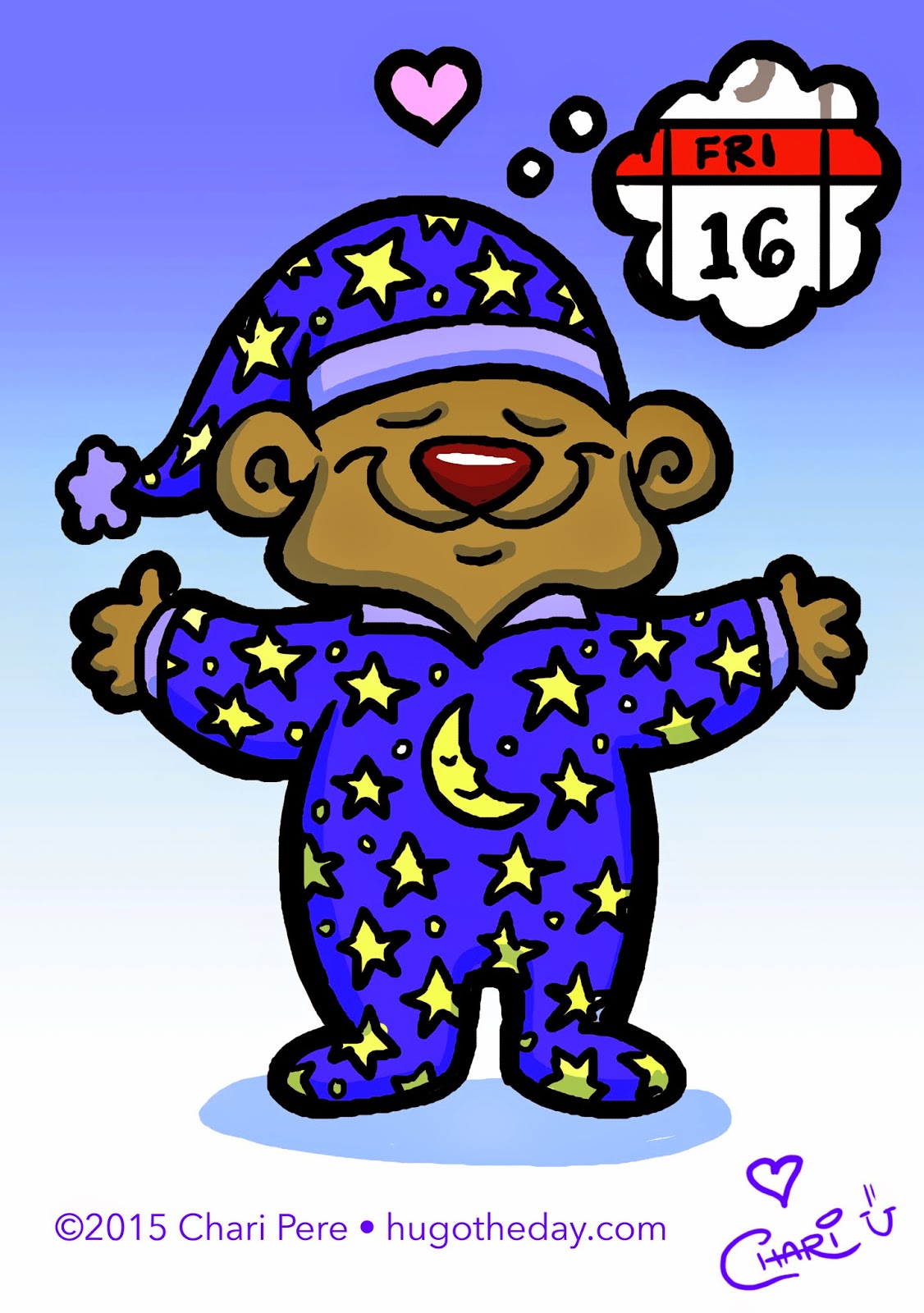 It's Wednesday - which is the day of the week that gets me thinking about it being Friday night already. So here is a sleepy bear hug, dreaming of being in bed and asleep Friday night, with the weekend ahead to look forward to.
Posted by Chari =0) at 12:00 PM No comments: 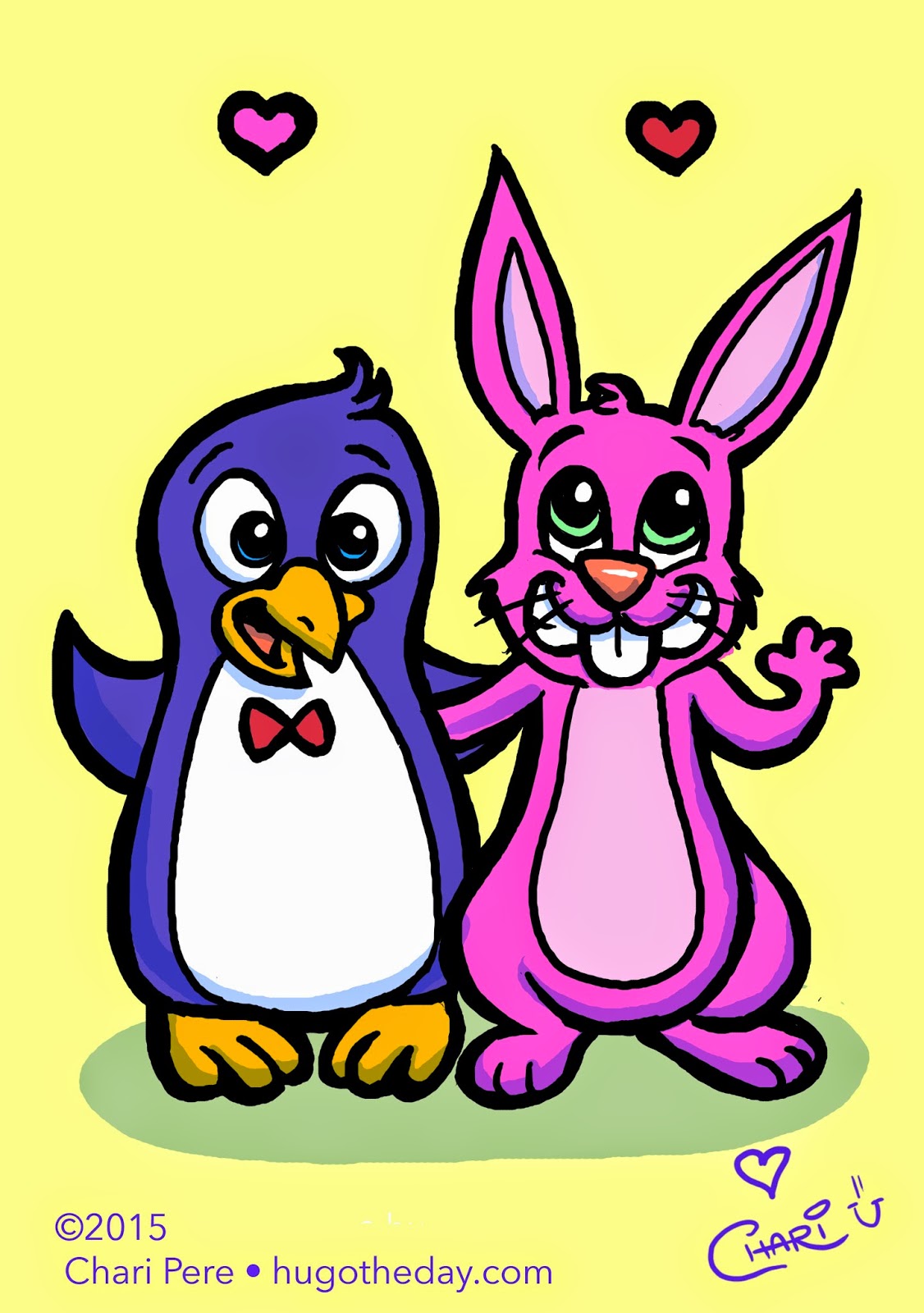 Penguins and bunnies hugging - what the internet needs more of right now. Bless you Gavi Hoffman from NY for this request. I'm throwing in a coloring book page for the kiddies - hi res link included under black and white image below. Anybody else got any super-cute and happy requests? I'll hop to it! =0) 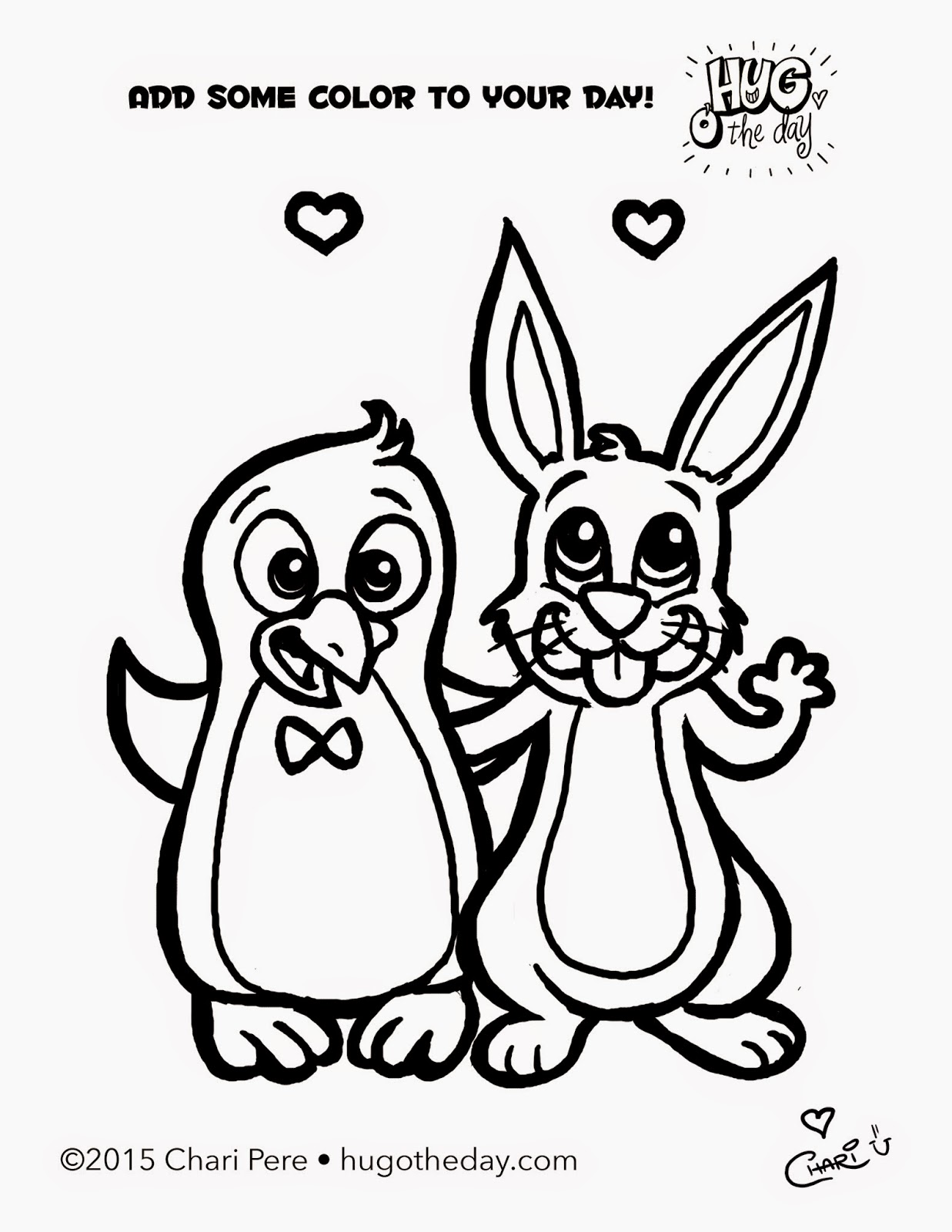 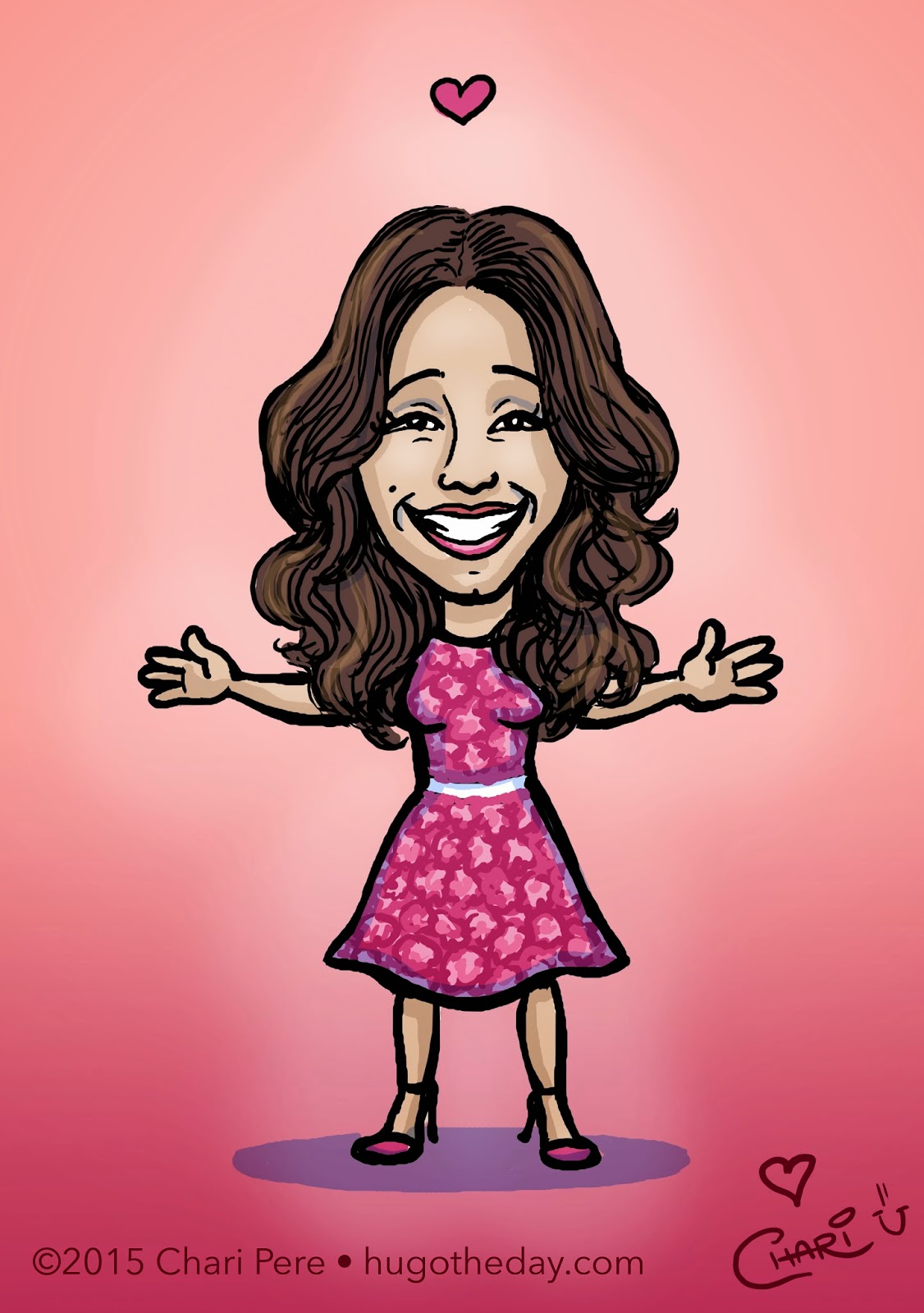 After all the events last week, I am truly thankful for anything that can just make me smile, laugh, and forget about my worries. My favorite new show this season is, by far, Jane the Virgin. If you haven't yet seen this adorable, hilarious, breath-of-fresh-air show, you should. It's the love child of Ugly Betty and Pushing Daisies, two shows that always left me smiling. I'm so glad that both the show and Gina Rodriguez were nominated for Golden Globes, and that Gina took home the top honor. 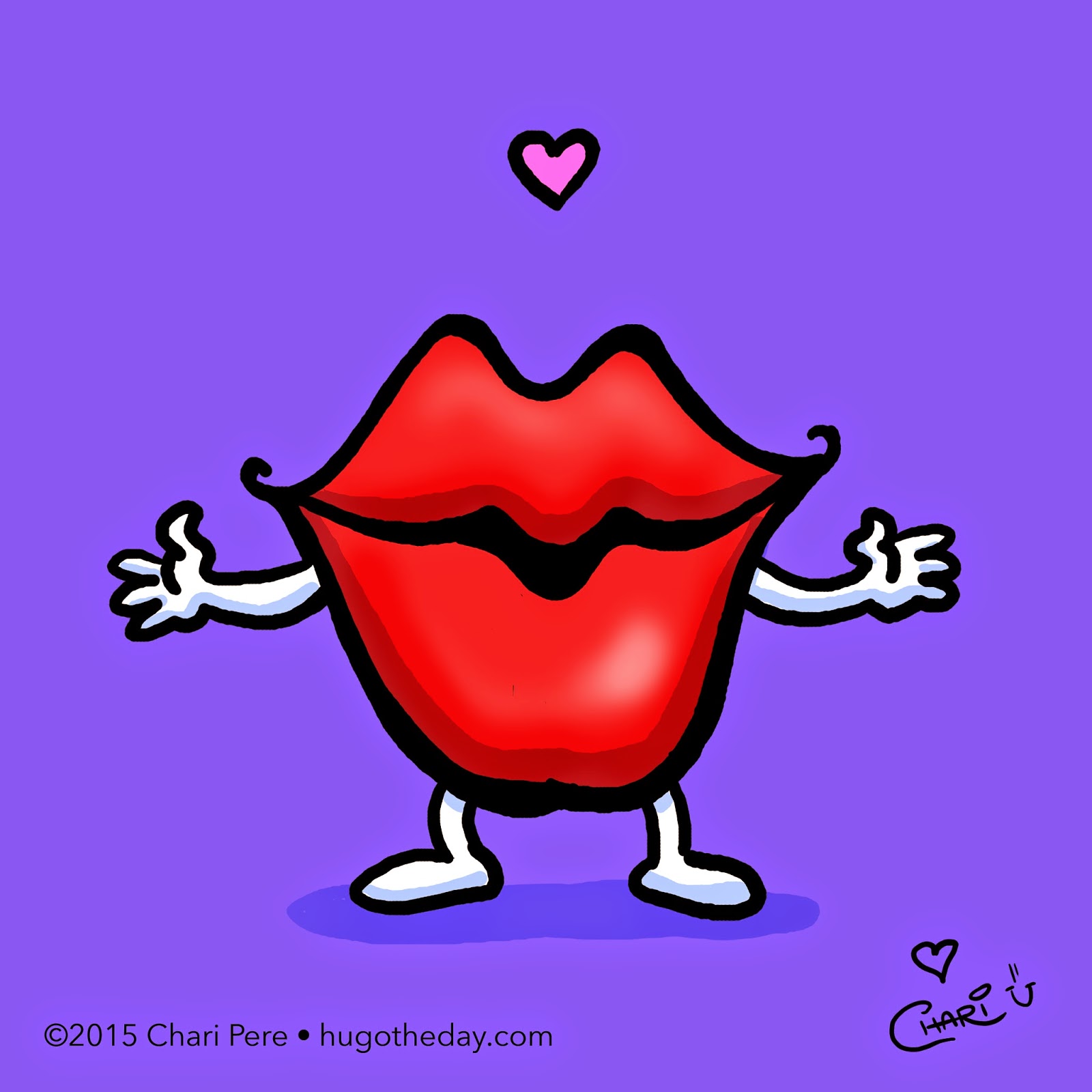 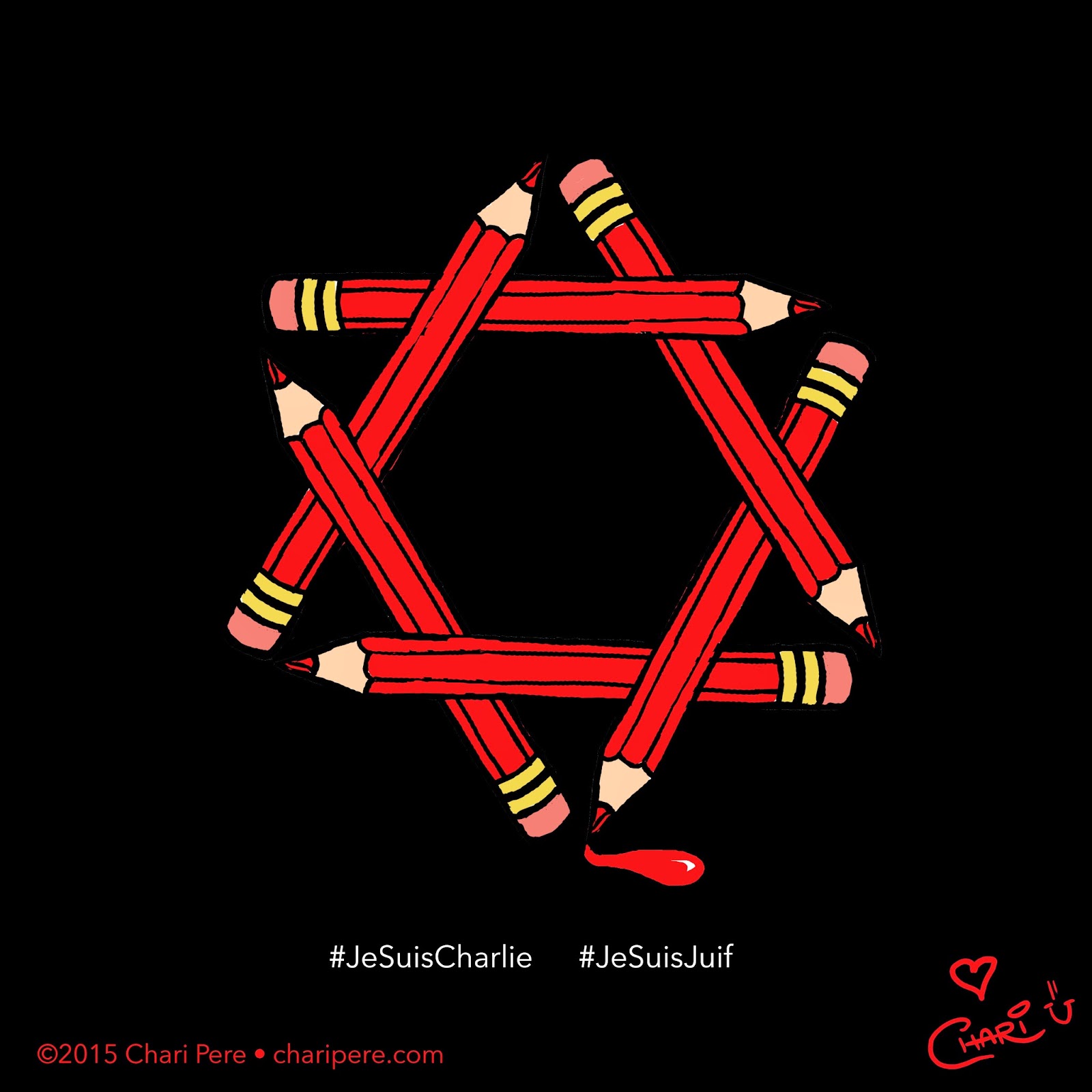 I am Jewish. I am a cartoonist. I am in tears. I know there's no visible hug in this image, but I am sending hugs to everyone who feels the way that I do. As an Orthodox Jew, I now must prepare for the Sabbath. Something that victims of the hostage situation in the Kosher mart in Paris today were doing, and based on reports some will never be able to do again.

My name, Pere, is of French origin; I have French heritage somewhere in my history, so I am also French.

I have never been happier to be able to shut off my electronics and news feeds for 25 glorious hours and just appreciate the love and friendship that surround my Sabbath dinners. I send love to everyone, everywhere, that needs it. May we all have a peaceful, calm, uneventful weekend, and a much much better 2015 to come. 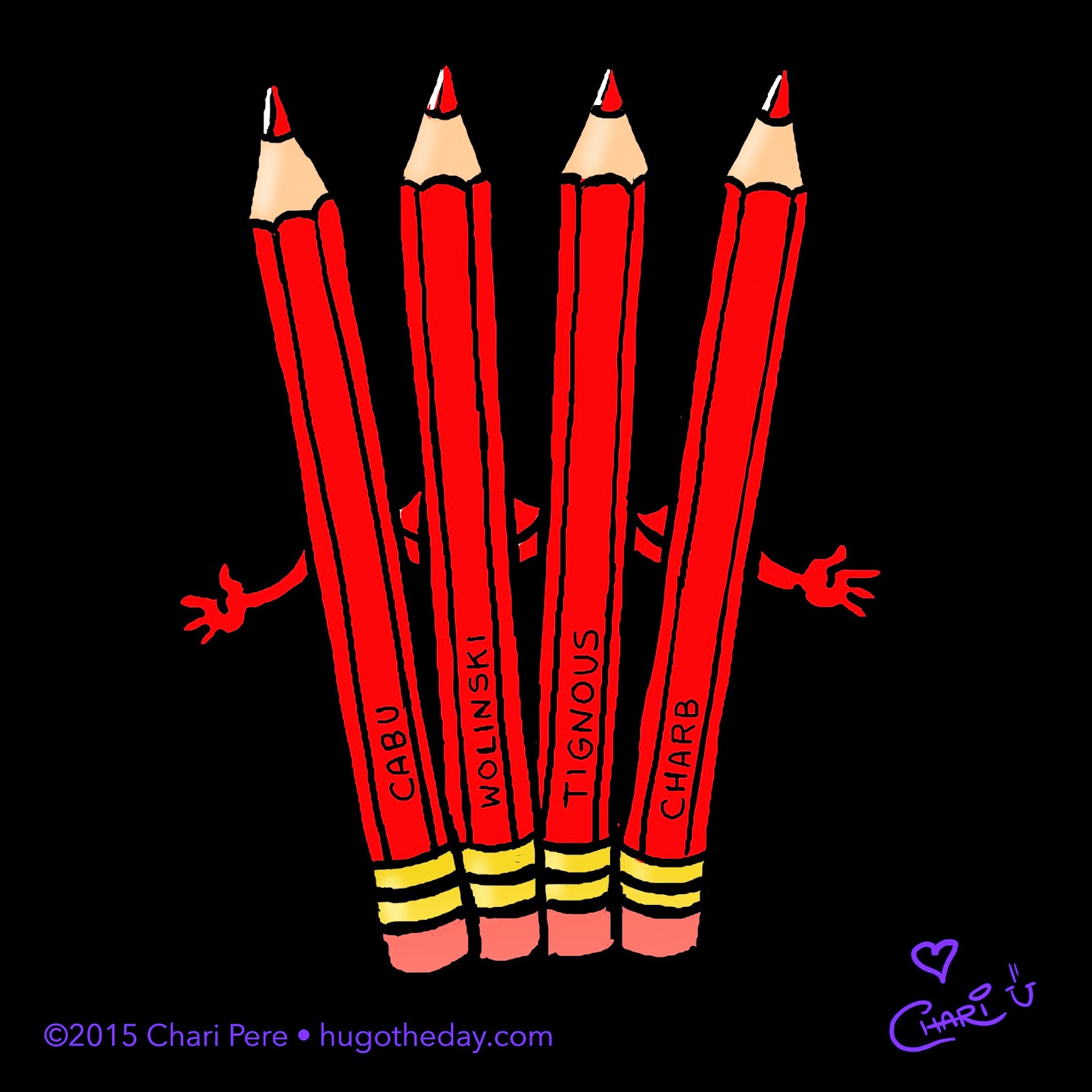 No words.  No words can express the sorrow all of us are feeling today about those killed today at the offices of Charlie Hebdo, the satirical newspaper in Paris.  This hug is for everyone who believes in the freedom of cartoonist expression.  As a cartoonist who only tries to bring happiness and hugs into the world, I cannot fathom those who have lost their lives today over their right to express themselves with pens and paper.  May the four French cartoonist and 8 other victims who lost their lives today rest in peace. 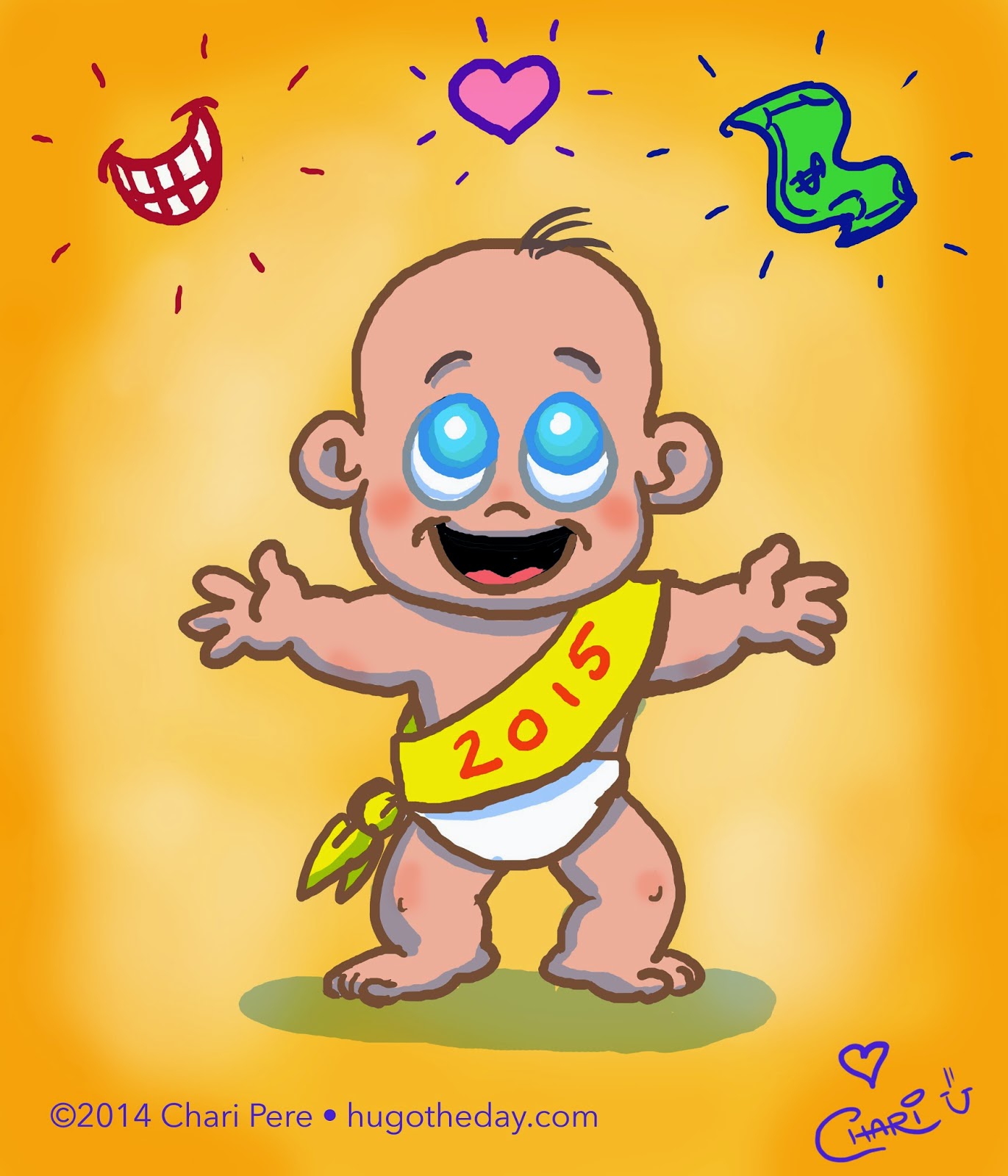 Wishing everyone a happy, healthy, successful 2015. I hope that this year brings you and your loved ones everything that your heart desires! And of course, tons of hugs! <3
Posted by Chari =0) at 12:04 PM No comments: