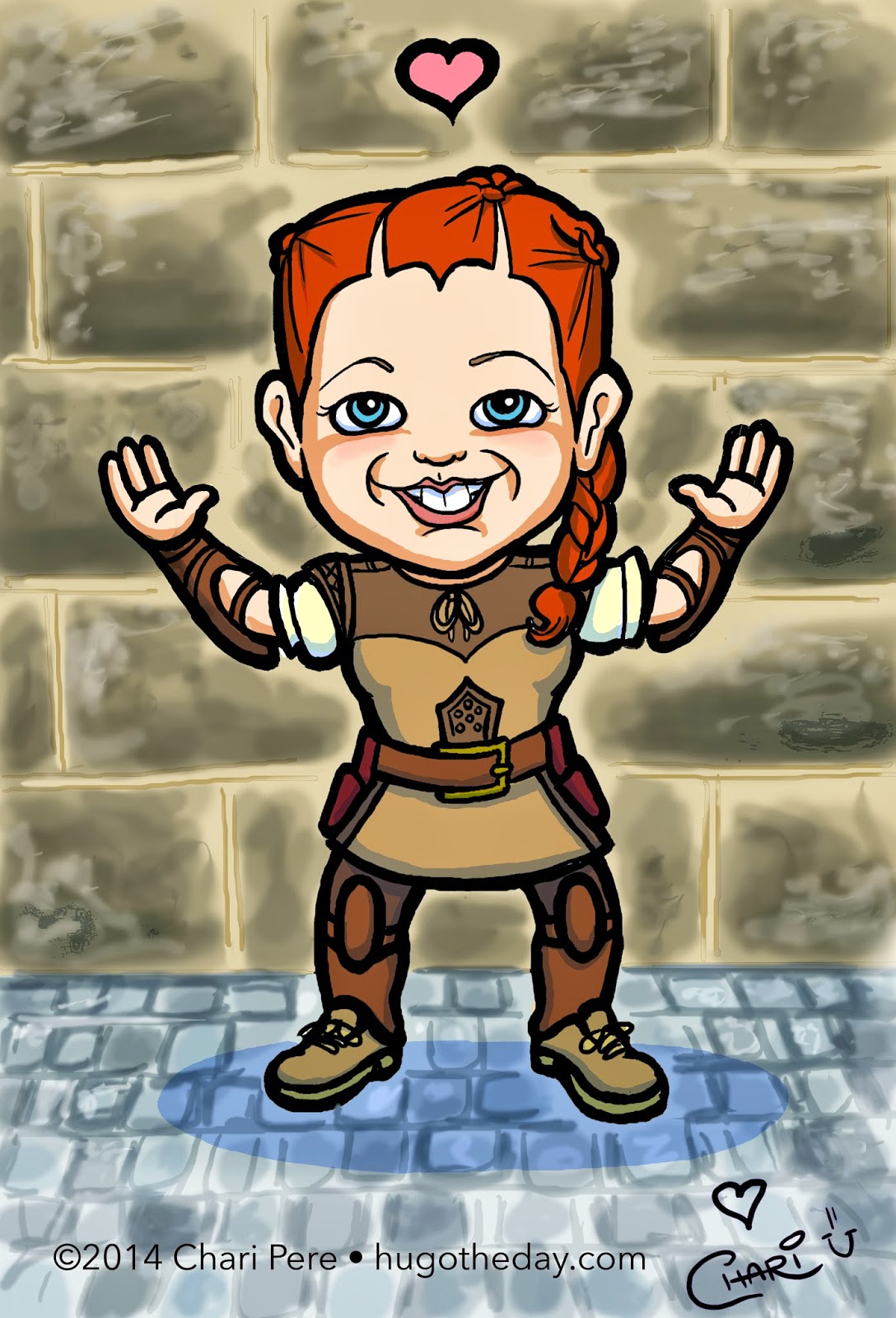 If you're not watching ABC's The Quest, then you are missing out on some FUN television. I first heard about it from my husband, whose friend Bonnie Gordon happened to be on it. But I first fell in love with the show when I saw the promo for it during Comic-Con at the ABC booth. It's "Lord of the Rings" meets "the Amazing Race" and is just fantastic Reality TV unlike anything I've seen before. Not only is there an ongoing storyline (The Quest to save the land of Everealm from the evil Verlox), but it really is a feel-good competitive show. The point of the contestants is to be the One True Hero, and a hero must know how to work well with others. It's been fun to watch contestants grow and work together, and really decide who is eliminated based on who is qualified to help reach the final goal of saving Everealm (not simply eliminate those who threaten one's chances of winning it all).

Since Bonnie is truly the contestant with the biggest heart on the show, today's Hug O' The Day is for her. Good luck, Bonnie! We're rooting for you!
Posted by Chari =0) at 7:00 AM